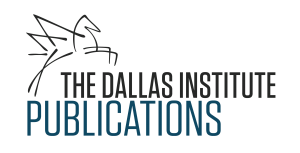 If you have any questions, please email publications@dallasinstitute.org or call 214-871-2440. We’d love to hear from you!

MEET OUR DIRECTOR OF PUBLICATIONS

Joanne H. Stroud received her M.A. and Ph.D. in Psychology and Literature from the University of Dallas and lectures in Dallas, New York City, and Connecticut. She is Co-founder and a Founding Fellow of the Dallas Institute of Humanities and Culture, Director of Institute Publications, and Editor of the Gaston Bachelard Translation Series, which consists of seven works on elemental imagination written by the French twentieth-century philosopher of science. The 2002 Bachelard Symposium she chaired in Dallas, “Matter, Dream, and Thought,” attracted international attention. The series completion in 2011 was celebrated with a Bachelard Day on the 30th Anniversary of the Dallas Institute. She served on the Boards of Overseers of Harvard University (12 years) and the University of Dallas (15 years) and serves currently on the Southwestern Medical Foundation. She has taught literature and psychology and is author of: The Bonding of Will and Desire; the four-volume series Choose Your Element; and Time Doesn’t Tick Anymore. Gaston Bachelard: An Elemental Reverie on the World’s Stuff and Towers 2 Tall. In 2017 the University of Dallas honored with her the Distinguished Alumni Award for sustained, distinguished accomplishment and contribution to any field of human endeavor. Selection as a Distinguished Alumna is one of the highest honors the university can bestow.

THE UNIFORM EDITIONS OF JAMES HILLMAN

The Conversing with James Hillmanseries publishes the papers from the Dallas Institute’s annual James Hillman Symposium. Each symposium takes as its subject a volume of the Uniform Edition of the Writings of James Hillman. Internationally recognized scholars explicate the volume and illuminate concepts developed by James Hillman in his groundbreaking work on archetypal psychology.

The title of the series, Conversing with James Hillman, emphasizes the dialogic nature of this work, considering Hillman’s texts in psychological, philosophical, historical, cultural, and social frameworks. Conversing with James Hillman supports the mission of the James Hillman Symposiums to honor Hillman’s lifelong study of—in his own words—a “psychology deliberately affiliated with the arts, culture, and the history of ideas, arising as they do from the imagination.”

Gaston Bachelard is acclaimed as one of the most significant modern French thinkers. The influence of his thought can be felt in all disciplines of the humanities: art, architecture, literature, poetics, psychology, philosophy, and language.

From 1929 to 196 Bachelard authored twenty-three books addressing his dual concerns, the philosophy of science and the analysis of the imagination of matter. His teaching career included posts at the College de Bar-sur-Aube, the University of Dijon, and from 1940 to 1962 the chair of history and philosophy of science at the Sorbonne. L’Amphi Gaston Bachelard, an amphitheater at the Sorbonne, is named in his honor. An honor that is shared with Descartes and Richelieu. In 1961, Bachelard received the Grand Prix National Lettres, one of only three philosophers to have achieved the honor.

Domestic shipping and handling is $3.99; international shipping is $35.00. However, we reserve the right to adjust shipping costs as needed, depending on United States Postal Service requirements. We will notify you by phone or email if this is the case. If you have questions, please email publications@dallasinstitute.org or call 214-871-2440.