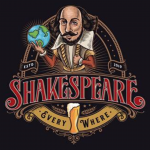 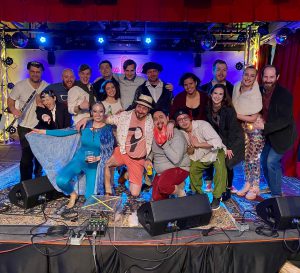 The Shakespeare Everywhere Network is a nation-wide theater troupe affiliate program that aims to help performers produce shows in non-traditional spaces by soliciting venues and assisting with marketing and ticket sales. Its first affiliate, Shakespeare Everywhere – Dallas, will be performing a full production of Shakespeare’s The Tempest as part of the Institute’s Spring program agenda. Shakespeare’s final play and what is traditionally considered his farewell to the stage, The Tempest will be staged in the Nancy Cain Marcus Conference Center and directed by Marcus Stimac, who performed in the Combat & Classics production of Sophocles’ Philoctetes at the Institute in Spring 2019. 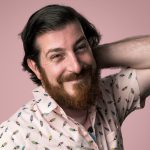 MARCUS STIMAC is an actor, director, and producer who has appeared on many of Dallas’ finest professional stages. His passion is bringing fresh and relevant Shakespearean storytelling to audiences everywhere. Marcus is a twelve year company veteran of Shakespeare Dallas, participated in The Complete Works of William Shakespeare Reading Festival by the Mankoff Family Foundation, served as a company member and artistic director for Shakespeare in the bar, Is a co-founder of the Shakespeare Everywhere Network, and the Artistic Director of Shakespeare Everywhere- Dallas. He had the honor of presenting this production of “The Tempest” recently as a part of the Shakespeare Theatre Association’s annual international conference this January, and is very grateful to now be sharing it with the Dallas Institute.