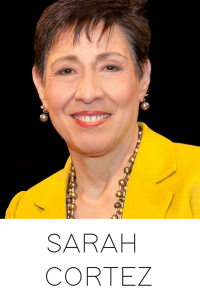 One of the most important defining characteristics of both myself and my writing is having been born in Houston and having lived here most of my life. I am deeply proud of being a Houstonian. What is often described as a free-wheeling atmosphere here has produced an “anything goes” attitude – an important component of both the entrepreneurial/economic realm and the artistic realm. The hard-working and civic-minded ethics of my parents, who moved to Houston after my dad’s discharge following World War II, set me up well for whatever would follow my traditional, Catholic schooling of elementary and high school years.

Various other people unknowingly made sweet and caring contributions to my childhood love of writing. One of my dad’s older sisters and I wrote and mailed little letters to each other. Even though she was married and busy with her own teaching career, she always wrote back to me. During one of the rare trips to her home, she showed me the special box where she kept all my letters tied up in light blue satin ribbon. I was overwhelmed — I was important and what I wrote was important to someone.

Through other various careers (e.g. high school teacher, tax accountant, employee benefits consultant) I still carried the dream to be a writer. In the late 1980’s I took several courses from the University of Houston’s Creative Writing department. At that point, I was fascinated by the short story and focused on writing in that form. Several pieces were published in literary journals or anthologized.

Several years went by and I was well into my policing career before I began writing about police work. The first poem about policing was “Rosie Working Plain Clothes” — a humorous piece published in How To Undress A Cop (Arte Publico Press, 2000). Many of the later poems in that same book touch on death.  It is my hope that some of these poems will spark understanding in civilians of the incredible paradoxes police officers have to deal with and work under on a daily basis. Law, justice, mercy — they’re all imperfect. Police officers work with these imperfections every day or night.