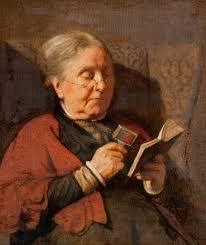 I hope that all of you are well, although perhaps a bit bored?  It was suggested that I might create a reading list of good history books, so here is our Fall reading list, a bit early.   Remember when I asked you all about reading books that were quite long?  There was general agreement that, given enough time, that would not be a problem.  Well, time is not a problem now, so you will find two long books on the list for October and November.  Start reading now; you are in for a treat.  I am only listing the months with the books as I do not know the exact dates that we will meet this Fall.  I do know that I am so looking forward to us getting together physically again.  In the meantime, happy reading!  And don’t forget that The Historians website has all the books that we have read listed at the bottom.  This is a great time to read any books that you may have missed.

October – The Army at Dawn: The War in North Africa, 1942-1943 by Rick Atkinson
November – Frederick Douglass:  Prophet of Freedom by David Blight
December – The Map of Knowledge: A Thousand Year History of How Classical Ideas Were Lost and Found by Violet Moller.  (The paperback is out in April and, believe it or not, this is not one of the long books, despite the title.)

We are still looking at the possibility of having a Zoom conference to discuss Freedom’s Forge by Arthur Herman.   More information will come on this in the next few weeks.  This has turned out to be a surprisingly timely text, hasn’t it?  And that will, I think, change the nature of our conversation.  With that in mind, as you read, notice how difficult it was to get everyone on board with the new production needs, even after Pearl Harbor.  Remember that even as we prepared for war prior to Pearl Harbor, the country was deeply divided about being swept into another “European War.”   What lessons can be learned from this?  And have we learned them?  As we discuss Freedom’s Forge, this will also be an opportunity to give credit to the men and women who produced what was needed for the war.  Were you as surprised as I was to read about the number who died on the Homefront?    And of course, we also want to give credit where credit is due to the people who made this happen, names that are not mentioned in history courses.  This will be an eye-opening discussion in unexpected ways this year!  Watch for future information from The Dallas Institute on when and how for a Zoom conference.  I hope to see you there!

Welcome to our March book, Historians!

Our next meeting is Tuesday, March 3 at 6:30.  That is Super Tuesday so if you are planning to vote in the primaries, just remember to vote early.   We will discuss Victorious Century:  The United Kingdom 1800-1906 by David Cannadine published in 2017.  Sir David Cannadine is the Dodge Professor of History at Princeton and this book is, in many ways, the overview of 19th c. British history that history students no longer seem to study in today’s hyper-specialized world.  And it is an important history as nostalgia for this period is part of what drove some segments of the British population to embrace Brexit.  Britain in the 19th century could celebrate military victories and naval superiority.  This was the era of great statesmen such as Peel, Disraeli and Gladstone and the era of great political reform and potential revolution.  This was the period of great technological and material progress as celebrated by The Great Exhibition of 1851.  The sun never set on the British Empire as British Imperialism spread to every continent and Queen Victoria ruled over one in every five people in the world.  But most people in Britain were still desperately poor.  The Irish were starving.  And colonial wars took money and men to manage.  Dickens would write “It was the best of times and the worst of times” to describe the French Revolution.  But the same could be said of 19th c. Britain.

Cannadine begins his history with the 1800 Act of Union which created the United Kingdom of Great Britain and Ireland.  The book ends in 1906 when the Liberal Party won the election and then passed Home Rule for Ireland, thus ending the United Kingdom.  This is a somewhat unusual choice for dates for the Victorian Period, but the choice of these dates fits Cannadine’s focus on Parliament and the men who wielded political power there and what they did with this political power.  In some ways, this is an old-fashioned approach to history, but Cannadine argues that it is in fact a necessary corrective to today’s over-emphasis on identity politics.  In the best of history worlds, these approaches blend together, but it does make sense to begin with the men who drove domestic politics which in turn drove Britain’s imperial outreach.

Victorious Century is also a study of the culture of this period.  There too it was an age of contradictions.  Parlors were filled with overstuffed furniture and sentimentality was the fashion of the day.  Yet at the same time, Turner was painting and George Eliot was writing her realistic novels, and these were also accepted by the public.  And they purchased all these things with the money earned by the newly rich and the newly respectable middle class.  In taste and in politics, the 19th c. was the age of the middle class whose political fortunes rose with the passage of the Reform Bill of 1832 while the political power of the nobility began a downward trajectory.  The Reform Bill also split the political aspirations of the middle class from those of the working class, leading to an underlying radicalism below the bourgeoise’s satisfaction with life.

As you read, note these contradictory movements.  How does the rise of capital and newly efficient banking and lending systems affect both imperial and domestic politics?  What about the various reform movements—votes for the middle class, votes for the working class, and how to deal with the Irish problem?  And what about the tensions between British traders and settlers in the colonies as they conflict with the interests of the local populations?  Overall, how are Britain’s relations with Europe and Britain’s own expanding empire integrated into domestic politics?   Who wins and who loses?

Victorious Century is an insightful overview of the 19th c. as told by a master historian.  As one awed critic, and fellow academic, noted, there are no footnotes!  As he said, only a master historian would dare.  So as you read, enjoy the tale of a fascinating era which still affects us today as told by an outstanding historian.  And bring your thoughts and questions to our meeting on Tuesday, March 3 at 6:30.  See you there!  Cheerio!

Welcome to our February book, Historians! 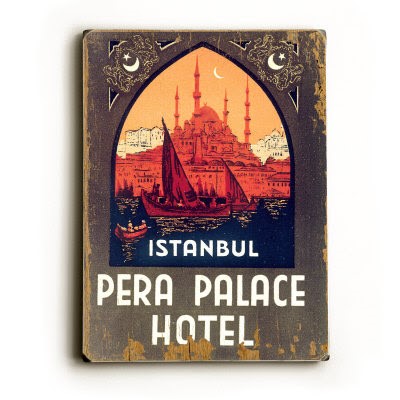 Our first meeting for this Spring is on Tuesday, February 4 at 6:30 to discuss Midnight at the Pera Palace:  The Birth of Modern Istanbul by Charles King published in 2014.  Charles King is a Professor of International Affairs and Government at Georgetown University.  His best-known books are on Odessa and the Caucasus and Black Sea regions and their histories.  With this book, King follows the White Russians fleeing Bolshevik Russia and the Bolsheviks fleeing Stalin into Turkey and into the tumultuous history of Constantinople/Istanbul following WWI.

Midnight at the Pera Palace tells the story of the end of the Ottoman Empire as it plays out in Constantinople and the beginning of the Turkish Republic as it is birthed in 1923 in a city renamed Istanbul in the 1930s.  The hotel itself is both a metaphor for the move from eastern Ottoman Imperialism to western Turkish modernity and the stage upon which much of it happens.  Midnight at the Pera Palace is both a tale of a hotel and a story of a city overrun with refugees from all over Europe during the period between WWI and WWII.  History is messy.  And the ebb and flow of refugees and cultures in Istanbul during this time, all of them leaving their mark upon the city, and all of them contributing to the rich culture and the messy politics of Istanbul today contribute their own stories.  The city faces both East and West, and Midnight at the Pera Palace shows us the promises and perils for the Turkey of the time and how that leads us to the Turkey of today under Erdogan.

King takes the reader on the Orient Express, the first major opening to the West, to the splendor of the Pera Palace Hotel, the first luxury hotel in Istanbul, built to cater to these travelers.  But it is a strange group of travelers who wash up on Istanbul’s shores between WWI and WWII.  Mustafa Kamal, the father of modern Turkey, had a room at the Pera Palace.  White Russians fleeing Bolshevik Russia stayed there.  Leon Trotsky also came to Istanbul.  The hotel, like the city, was always full of espionage and intrigue.  Alongside the Russians were the Allied occupiers, Turkish nationalists, Nazis and the Jews and German intellectuals fleeing from them.  Ernest Hemingway reported from Istanbul, and Frederick Bruce Thomas, a Russian citizen and the son of former Mississippi slaves, established one of the best-known jazz bars, Maxim, in the 1920s.  King brings to life these vivid personalities with vignettes of the city and stories of the people from all walks of life who live there and take refuge there.  For example, the eunuchs from the Imperial Ottoman Court formed a Mutual Assistance Society to help one another make the transition to Kamal’s modern Turkish republic.  King tells these and other stories to bring this place and time vividly to life.

As you read, think about what is gained and what is lost in this tumultuous period.  The city is a crossroads not only of people, but also of the competing ideas of nationalism and cosmopolitanism.  What about the loss of place for the long-time communities of Ottoman Christians and Jews as Turkish identity becomes framed in ever narrower terms, leading us to Erdogan’s Turkey of today?  And what is gained for the Turkish people as the very name “Turk” changes from something along the lines of a “deplorable” to a badge of honor?  Is it better to look East or is it better to look West?  And is it even possible to be both at once?

Midnight at the Pera Palace leads us from what was to what might have been to a glimpse of what Turkey will become post-WWII.  While Turkey and Istanbul are a unique part of Asia Minor, the mixing and the clashing of East and West there mirror larger questions that we face today.  Join us for a thoughtful discussion of Istanbul during a fascinating moment in its history and how that sheds light on today’s Istanbul as we meet on Tuesday, February 4 at 6:30 to discuss Midnight at the Pera Palace:  The Birth of Modern Istanbul by Charles King.