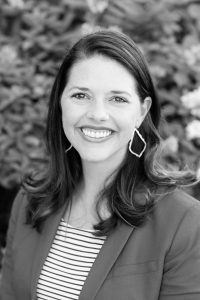 DR. JESSICA HOOTEN WILSON is Louise Cowan Scholar in Residence at the University of Dallas, an Institute Fellow, and the recipient of the 2019 Hiett Prize in the Humanities.

DR. WILSON’S WORKS
Giving the Devil His Due: Demonic Authority in the Fiction of Flannery O’Connor and Fyodor Dostoevsky

Flannery O’Connor and Fyodor Dostoevsky shared a deep faith in Christ, which compelled them to tell stories that force readers to choose between eternal life and demonic possession. Their either-or extremism has not become more popular in the last fifty to a hundred years since these stories were first published, but it has become more relevant to a twenty-first-century culture in which the lukewarm middle ground seems the most comfortable place to dwell. Giving the Devil His Due walks through all of O’Connor’s stories and looks closely at Dostoevsky’s magnum opus The Brothers Karamazov to show that when the devil rules, all hell breaks loose. Instead of this kingdom of violence, O’Connor and Dostoevsky propose a kingdom of love, one that is only possible when the Lord again is king.

Reading Walker Percy’s Novels is a handbook for those who appreciate Percy’s fiction without understanding its philosophy. The book is written in a conversational style and is meant to be accessible to a broad audience.

“Wilson explains with great clarity the larger imaginative patterns of Percy’s works as well as the related complexities that characterized his diagnosis of modern society.” –Patrick Samway, SJ, author of Walker Percy: A Life

“The small size of Wilson’s primer on Walker Percy’s novels belies its largeness of vision. There are no neat plot summaries to excuse readers from wrestling hard with Percy’s five novels. On the contrary, she strikes right to their heart through succinct and sprightly analyses.” –Ralph Wood, author of Tolkien among the Moderns

Walker Percy, Fyodor Dostoevsky, and the Search for Influence

Walker Percy, Fyodor Dostoevsky, and the Search for Influence proposes a Christian idea of influence. It suggests that originality is not the key to good art, but rather imitation is. Walker Percy becomes a case study for how his Christian imitation of Dostoevsky made him not only a great artist but a literary saint.

AN INTERVIEW WITH DR. WILSON
Why do you think the humanities are important today?

Because we are human. In order for all of us to continue to be human beings, the way we were intended to be, we need the humanities. We need to study what makes us fully human. I think especially now when culture is trying to convince us that we’re either robots or animals, right? Society seems to have lost the definition of what a human being is but robots and animals don’t write poetry. They don’t write plays and perform them.

So all of those special niches that we have, that make up our culture, that is often called the study of the humanities. They really set us apart from the other world views or from the other ideas that tell us that we’re less than what we are or try to put us into a posthuman category that takes away the best part of what we are.

You are currently working on the completion of Flannery O’Connor’s unpublished Why Do the Heathen Rage?  How did this journey begin?
You know, if you believe in the power of providence as I do then you will see it as providential. If not, then you can say it’s happenstance, but that’s just the less satisfying narrative of what happened.

As a grad student, I studied in Rome. While I was there they had an international Flannery O’Connor conference. At that time, I was finishing my dissertation and I used my school loan money to present one chapter of my dissertation at the conference. After, the keynote speakers were looking for a place to eat. They did not know where to go or how to order. From living in Rome and Florence, I had learned Italian and also knew great places to eat. So, I offered to take them to a great restaurant.

Here I was, this lowly grad student with the whole group of keynotes on O’Connor at this conference in Rome, and one of them was Billy Sessions–O’Connor’s authorized biographer and friend.

We connected and he told me that in the archive there was a manuscript that was never finished called Why the Heathen Rage? and it was O’Connor’s most Dostoyevskian work. I went and checked it out and I gave a presentation on it in Chicago two years later in 2011. There in the audience was Billy as well as Flannery’s cousin. They loved my reading of her novel. They thought it was insightful. They were impressed with what I had done and Billy said, “come to mass with me,” and after mass, he said, “if there’s anything you ever need, let me know.”

A couple of years later, I contacted Billy and told him that I thought that I could put Flannery’s novel together and that I believed people would want to read this work that she left behind. And from there, he recommended me to the estate. He said, “I’m not going to ever get around to this. I think you’re the person to do it.” The estate heard his recommendation. They said yes. And so here we are.

I know that some people will love it and others will hate it. I know people are going to ask, how I could you possibly produce her novel. But it has been awesome. It’s just been such a fun ride.

What do you think is the connection between contemporary authors and the classics?
Well, I think when you are well versed in something it becomes the lens through which one sees.

When I was at Pepperdine I was doing great books. I was learning by studying Sophocles in an ethical lesson and moving all the way up through the great tradition. The great books became the lens through which I read any other author. Those thoughts naturally become in conversation with the voices that are already inside your head, O’Connor then is bouncing off…conversations that were already at play within me.

As you digest the great works, they become part of you and then how can you read anything else? Except in conversation with those works.

In your teaching, you encourage your students to “imitate the beauty they find.” How do you do that?
When I teach creative writing classes the biggest goal is to cure my students of the misunderstanding that creative writing is about self-expression.

Instead, it is the world that is out there that is beautiful and you’re drawing from the world and the vocabulary that you’ve read elsewhere. It’s just impossible to discover writing all by yourself. And because it is actually impossible to do that then you need to be in control of your influences and control of what sources you’re drawing from and practice habit of filling your mind in your heart with the beautiful things that have been done before.

When I teach poetry, the students visit art galleries. They respond to art in front of them. We do a lot of walking by the creek on campus and looking at things that are beautiful outside of ourselves.

We respond to other people’s work, using it as a scaffold and rewrite a piece of content by practicing forms of imitation.  It develops a sense of humility in students. They start to look at the whole world as beautiful and the way they’re responding to it poetically rather than exploitive or consumeristically.

When you were younger did you want to be an author or teacher?
Yeah, I always wanted to be a writer. That was number one. Even now that’s still my number one ambition–to constantly to get to write. It’s still my favorite thing to do.

My first publication was at age 5. I won an elementary school contest at a library to get your book published and so when I was 5 I published my first little book. I’ve always been a poet and a storyteller, that’s the kind of thing that I have always done.

Regarding teaching, I stayed away from it for a while. When you’re a writer, people will tell you that you’re going to become a teacher. And from there you have people saying things like, that is beneath you, or teaching will take you away from your writing or, you’ll never succeed as a writer if you’re a teacher.

Those things are not true. Teaching makes you a better writer.

I make writing my priority. It comes first, and then other stuff gets done later. So, I might lose time to work out that day because I didn’t get my writing done or you know I have to grade at midnight because I decided to make sure the first thing I did in the morning was to write for two hours.

What’s advice would you give to someone interested in working in the humanities?
I think that the humanities are a difficult route because it’s biased against the American ideal of success. The more that you study humanities the more you realize the purpose of it is to constantly be carrying on a torch and giving back to the next generation.

The more that you learn and the more you know then the more you’re giving away. It doesn’t really fit the American story, as you begin somewhere, and you climb. climb. and climb and progress until you get to the top of an industry or the top of the job. Humanities is just not like that. There really is no top mountain to climb. In reality, it’s constantly like you go up to the mountain, you get something, and then you bring it back down and then you go up again and then bring back down. It’s a life of continual hardship that you’re giving things away and it never stops, and you’ll be doing it until you die, you won’t ever reach retirement.

I think that it’s difficult for students because they want a career path. And so even when they start loving the humanities they try to have a career path that looks like the other disciplines where you have undergrad, grad school, you get a job, postdoc, maybe a grant, move up the ladder. They try to follow the theories of success but lose the love for the humanities in the process, because they aim at things that just don’t fit with what the humanities are telling them about themselves.

Is there anything else that you want us to know about you?
One of the things that I don’t want to lose in celebrating this prize is that although it’s one person receiving the award, there are many others who deserve a part of this award too.

I think of the number of teachers who influenced and supported me over the years. The students I get to teach are part of this process. The people who read the books and articles that I write and who are participating in the conversation with me. The friends of my local community as well as the people who will be in the room who just the fact that they’re investing their time to be there and be part of this conversation.

I know that my talents do not exist by themselves and they would be worthless if they did. It’s only because my talent has been fostered in the community and with valuable conversations that this prize can be beneficial.