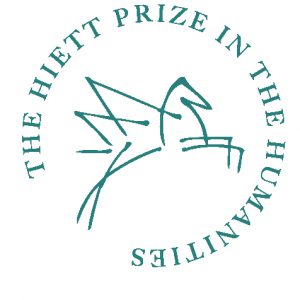 ABOUT THE HIETT PRIZE

One of the nation’s most sought-after humanities honors is also one of Dallas’ best-kept secrets.  The Hiett Prize in the Humanities, unlike lifetime achievement awards, encourages rising stars in the humanities with one of the largest cash prizes of its kind.

Hiett Prize winners are chosen because of their potential to become the leading thinkers of our time. Previous recipients of the award include William Deresiewicz, author of Excellent Sheep: the Miseducation of the American Elite, who has been called “one of America’s best young public intellectuals”; Jared Farmer, a historian and “geohumanist” who writes about culture, nature and water in the American West; and Tiya Alicia Miles, whose work in Black, Native and U.S. Women’s histories earned her the MacArthur Foundation “genius” award.

Each year, the Hiett Prize, endowed in 2005 by philanthropist Kim Hiett Jordan, recognizes a person whose work in the humanities shows extraordinary promise for the future, and who is already making a difference in the way we think about the world.  This award aims to invigorate our intellectual and civic life – indeed, our very culture — by calling attention to serious thought informed by scholarship in the humanities.

The Dallas Institute of Humanities and Culture exists to care for the actual things of the urban world. In some instances, these things are visible—education, architecture, medicine, art, technology, money. Equally important are the invisible forms within which life takes place and has meaning—friendship, the soul, taste, imagination, community, intellectual life, ritual, leadership.

Through its courses of study, public seminars, publications, conferences, and civic involvement, the Dallas Institute brings thought, imagination, language, and sensibility to bear on the convergence between the visible shaping of the world and the permanent values necessary for the crafting of culture.

For more information about the Hiett Prize, please contact Annie Salinas at 214.871.2440 or info@dallasinstitute.org.