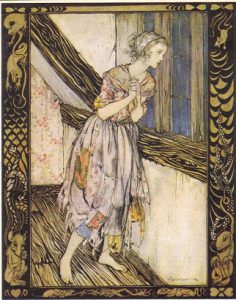 The stories the Brothers Grimm first collected are brusque, blunt, absurd, comical, and tragic, and are not, strictly speaking, “fairy tales.” In fact, the Grimms never intended the tales to be read by children. The tales are about children and families and how they reacted to the difficult conditions under which they lived. Jacob and Wilhelm Grimm thought the stories and their morals emanated naturally from the German people in an oral tradition, and they wanted to preserve them before the tales were lost forever. In gathering the tales, the Grimms made a unique contribution to folklore, one that is even listed by UNESCO in its Memory of the World Registry. It was in large part their first edition, published in two volumes in 1812 and 1815, that inspired folklorists in Europe and Great Britain to gather tales from their oral traditions and that we will be studying in this class. Our aim will be to look closely at the language and message of seven of these stories to see how they teach moral and ethical lessons that have become essential elements of the Western cannon. 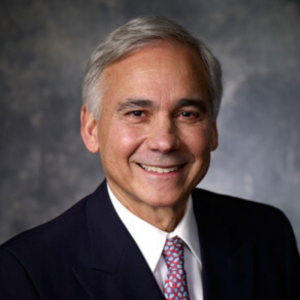 DR. RENÉ PRIETO is Professor of Arts and Humanities at UT Dallas and a Guggenheim Fellow. Fluent in five languages, he is a specialist in 19th and 20th-century literature and humanities.