Presented by The Interfaith Council of Thanks-Giving Foundation, Perkins School of Theology, and the Dallas Institute 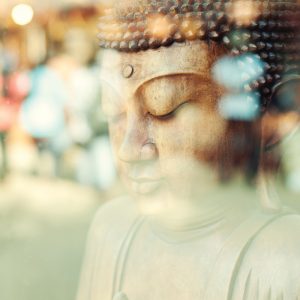 A major aspect of North Texas’ diversity is the great number of spiritual and religious faiths practiced in the Dallas-Fort Worth metroplex, yet all too often, we know little about faiths outside our own. With that in mind, we continue the series of presentations and discussion begun in the Fall. Aimed at offering people of all cultures, faith, and traditions opportunities to learn about the religions of their neighbors, the monthly sessions will approach relevant topics of faith from academic–and accessible–perspectives, with ample audience participation encouraged. The Spring series will continue to focus on “The Role of Intellect from the Perspective of the Major Faith Traditions,” taking up Jewish, Buddhist, Sikh, and Bahá’í traditions following our consideration of Christian, Hindu, and Islam traditions in the Fall just past. 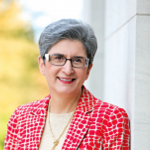 Prof. Hoda Mahmoudi is The Bahá’í Chair for World Peace at the University of Maryland, College Park. She served as the coordinator of the Research Department at the Bahá’í World Centre in Haifa, Israel from 2001 to 2012.  Prior to that, Prof. Mahmoudi was Dean of the College of Arts and Sciences at Northeastern Illinois University. In 2019, Prof. Mahmoudi published two co-edited volumes Children and Globalization; Multidisciplinary Perspectives and Interdisciplinary Perspectives on Human Dignity and Human Rights. She is recipient of Outstanding Honors Faculty Award in appreciation for her popular Honors Seminar on “The Problem of Prejudice: Overcoming Impediments to Peace and Justice.” 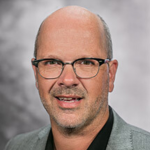 Dr. Nils Roemer is the Interim Dean of the School of Arts and Humanities and the Stan and Barbara Rabin Professor at University of Texas at Dallas. He received his MA in 1993 from the University of Hamburg and his PhD from Columbia University IN 2000. Dr. Roemer joined UT Dallas in 2006 as an associate professor and became full professor in 2011. He then became the Director of the Ackerman Center for Holocaust Studies in 2015. He has presented papers at various international conferences in America, Israel, Great Britain, Germany, and Canada, organized several conferences, and published numerous articles. He is currently finishing a book-length study on Central European Jewish traveling writing in the twentieth century. His teaching forms an integral part of and a significant contribution to the innovative and internationally recognized work of the Ackerman Center and the programs of the School of the Arts and Humanities.

Available via Zoom no charge.

Session 1 – The Intellect in the Jewish Tradition
Featuring: 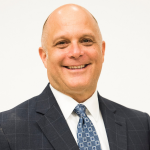 RABBI ANDREW MARC PALEY  is the Senior Rabbi and Spiritual Leader of Temple Shalom, a Reform congregation, in Dallas, Texas.  Ordained in 1995, Rabbi Paley holds a Master’s Degree in Hebrew Letters from H.U.C. – J.I.R and Bachelor’s Degree in Industrial and Organizational Psychology from The Ohio State University and is a Prepare/Enrich Certified marital and premarital counselor. 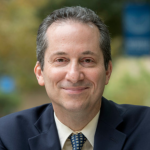 DR. JOSHUA PARENS is Professor of Philosophy and Dean of the Braniff Graduate School of Liberal Arts at the University of Dallas. He is a Fellow of the Dallas Institute.

Session 2 – The Intellect in the Buddhist Tradition 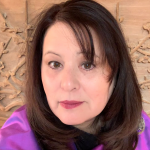 Paula Arai, Ph.D., obtained her Ph.D. in Buddhist Studies from Harvard University in 1993. In 2007, she joined the Religious Studies faculty at LSU. She is author of the books Painting Enlightenment: Healing Visions of the Heart Sutra, Women Living Zen and Bringing Zen Home. She is also a member of the faculties of Asian Studies, Women’s and Gender Studies, and Chinese Culture & Commerce. 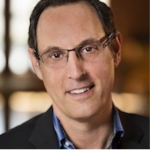 Rev. Dr. Daniel Kanter is the Senior Minister of First Unitarian Church of Dallas.  He received a B. A. in psychology and anthropology from the University of Vermont in 1989, a Master of Divinity from Starr King School for the Ministry in 1998, and a Doctor of Ministry degree from Perkins Theological School in 2007. He is the author of Faith for the Unbeliever, a 2017 Skinner House publication.