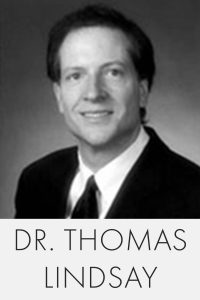 Dr. Thomas K. Lindsay is the former President of Shimer College. He was the Deputy Chairman of the National Endowment for the Humanities until December 2008. He is also the Director of the NEH We the People initiative, which funds programs, research and other activities that explore significant events and themes in U.S. history and culture, and advance knowledge of the principles that define America. Lindsay received his Ph.D. from the University of Chicago. His research has focused largely on the relation of democracy and education. His articles have appeared in the American Political Science Review, The Journal of Politics and the American Journal of Political Science.