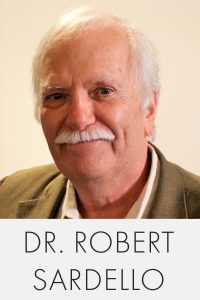 One of the six founding Fellows of the Dallas Institute, Dr. Robert Sardello is co-founder and co-director of The School of Spiritual Psychology, which began in 1992, and co-editor of Goldenstone Press. He has written Money and the Soul of the World (with Randolf Severson), Facing the World with Soul, Love and the Soul (re-issued as Love and the World), Freeing the Soul from Fear, The Power of Soul: Living the Twelve Virtues, Silence, andA Few Steps on the Stone Path: Working with Crystals and Minerals as Spiritual Practice (in press). His main emphasis has been to develop theoretical and practical approaches to perceiving and being in right relation with the Soul of the World, showing that humans are pulled from the time stream from the future rather than pushed from the past, and developing the interior consciousness of the heart. He is an independent teacher and scholar.