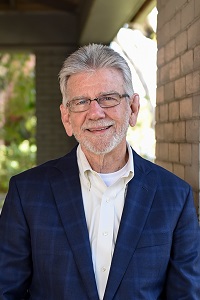 Dr. J. Larry Allums is Executive Director Emeritus of the Dallas Institute of Humanities and Culture. He earned his M.A. in Literature and his Ph.D. in Literature and Political Philosophy from the University of Dallas’ Institute of Philosophic Studies. He came to the Dallas Institute in 1998 from the University of Mobile, where he was Professor of English and Dean of the College of Arts and Sciences. He has edited a volume of essays on epic poetry, The Epic Cosmos, and published articles on ancient Greek and Roman literature, Dante, and writers of the American Southern renascence, including William Faulkner, Allen Tate, Robert Penn Warren, and Caroline Gordon. Under his leadership, the Dallas Institute continues to emphasize its commitment to urban issues and its longstanding work with pre-K through 12th grade elementary and secondary school teachers, principals, and superintendents. During his tenure, he has directed the creation of several new Institute programs, including the Hiett Prize in the Humanities, the Martin Luther King, Jr., Symposium, and The Dallas Festival of Ideas in partnership with The Dallas Morning News.