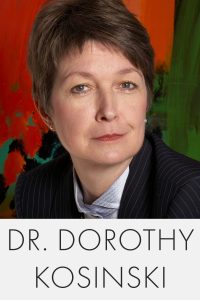 Dr. Dorothy Kosinski became the director of The Phillips Collection in April 2008, following the retirement of the previous director, Jay Gates (1998-2008). She is the former senior curator of painting and sculpture at the Dallas Museum of Art, and served earlier as an independent curator for the Kunstmuseum Wolfsburg, the Kunstmuseum Basel, and the Royal Academy of Arts in London. Dr. Kosinski has written and published widely in numerous catalogues and books, as well as many art magazines. She regularly participates in scholarly lectures and has extensive teaching experience at the university level, including the University of Texas, Dallas, the University of Basel, and New York University, among others. She received her M.A. and Ph.D. degrees from the Institute of Fine Arts, New York University, and her B.A. from Yale University.