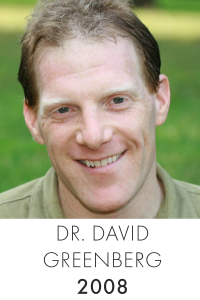 The 2008 Hiett Prize in the Humanities winner, David Greenberg is Associate Professor of History and of Journalism & Media Studies at Rutgers University, New Brunswick. In Spring 2014 he was a Visiting Associate Professor of History at Columbia University. He specializes in American political and cultural history. His first book, Nixon’s Shadow: The History of an Image (W.W. Norton, 2003) won the Washington Monthly Annual Political Book Award, the American Journalism History Award, and Columbia University’s Bancroft Dissertation Award. Calvin Coolidge (Henry Holt), a biography for the American Presidents Series, published in December 2006, appeared on the Washington Post’s list of best books of 2007. Presidential Doodles (Basic Books, 2006) was widely reviewed and featured on CNN, NPR’s “All Things Considered,” and CBS’s “Sunday Morning.” He is currently working on a book project for W.W. Norton, tentatively titled Republic of Spin: Architects and Critics of the Modern Presidency, about the history of political spin. In 2010-2011, Professor Greenberg conducted research on this topic as a fellow at the Woodrow Wilson International Center for Scholars in Washington, DC.

He has written for numerous scholarly and popular publications, including The New York Times, The Washington Post, The Atlantic Monthly, The New Yorker, Foreign Affairs,The Journal of American History, Reviews in American History, and Daedalus. He was a regular contributor to the online magazine Slate, where he wrote the “History Lesson” column from 1998-2012 and other occasional reviews and essays. Formerly a full-time journalist, he served as Acting Editor and Managing Editor of The New Republic, where he remains a contributing editor.

In 2008, he was awarded the Rutgers University Board of Trustees Research Fellowship for Scholarly Excellence. He has been recognized with award and fellowships from other organizations, including the American Academy of Arts & Sciences, the White House Historical Association, and the Mrs. Giles R. Whiting Foundation.