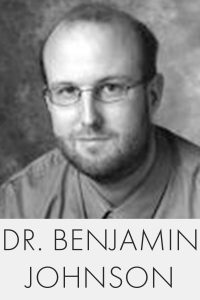 Dr. Benjamin Heber Johnson is Associate Professor of History and Global Studies at the University of Wisconsin-Milwaukee. He moved to UW-M in 2011 after teaching for nine years at Southern Methodist University, where he was also an associate director and interim director of the William P. Clements Center for Southwest Studies. A native of Houston, Texas, he received a B.A. summa cum laude at Carleton College and a Ph.D. at Yale University. He has also taught as a postdoctoral instructor at the California Institute of Technology the University of Texas at San Antonio. His primary areas of research and teaching include environmental history, North American borders, Texas history, and western history. He is author of Revolution in Texas: How a Forgotten Rebellion and Its Bloody Suppression Turned Mexicans into Americans (Yale University Press, 2003) and Bordertown: The Odyssey of an American Place(Yale University Press, 2008). His articles on environmental politics in the Progressive-era United States and international borders have been published in journals including The Journal of American History, Environmental History, Reviews in American History, and History Compass. His edited volumes includeSteal this University: The Labor Movement and the Corporatization of Higher Education (Routledge, 2003), and The Making of the American West (ABC-CLIO, 2007). He co-edited Bridging National Borders in North America (Duke University Press, 2010) with Andrew Graybill, and Major Problems in the History of North American Borderlands (Cengage Learning, 2011) with Pekka Hämäläinen. Johnson is the recipient of the Popular Culture/American Culture Association’s Browne Award for Bordertown, the Ralph Hidy award for the best article in the journal Environmental History, and grants from the Huntington Library, Marshall/Baruch Foundation, the National Endowment for the Humanities, and the American Council of Learned Societies. He has peer-reviewed book manuscripts for numerous presses, including Yale, Oxford, Duke, and Texas, and article manuscripts for The Western Historical Quarterly, Environmental History, The Journal of Southern History, and The Southwestern Historical Quarterly. He has taught classes on environmental history in North America and the world, the history of natural disasters, North American borders, U.S. history, native American history, and U.S. civil rights history. Johnson is currently writing a book on American environmentalism in the early 20th century.