The tech industry says that there’s never been a better time to be an artist. Artists say that it’s hardly ever been worse. So which account is true? Since people are still making a living as artists today, how are they managing to do it? William Deresiewicz, a leading critic of the arts and of contemporary culture, set out to answer those questions. Based on interviews with artists of all kinds, The Death of the Artist argues that we are in the midst of an epochal transformation. If artists were artisans in the Renaissance, bohemians in the nineteenth century, and professionals in the twentieth, a new paradigm is emerging in the digital age, one that is changing our fundamental ideas about the nature of art and the role of the artist in society. Join 2013 Hiett Prize winner William Deresiewicz for a presentation and discussion of his latest book.

Suggested tuition is $15; please donate as much as you can or as little as you can spare. 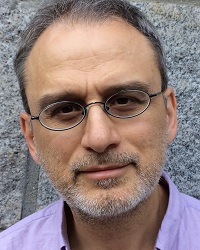 William Deresiewicz is an award-winning essayist and critic, frequent speaker at colleges and other venues, and former professor of English at Yale. His writing has appeared in the Atlantic, the New York Times, Harper’s, The Nation, The New Republic, The American Scholar, and many other publications. He is the recipient of a National Book Critics Circle award for excellence in reviewing and the New York Times bestselling author of Excellent Sheep and A Jane Austen Education.