THE LOST EARLY HISTORY OF THE ORIGIN OF AMERICAN FEMINISM

2020 marks the Centennial celebration of the 19th Amendment to the U.S. Constitution. The history of the origins of the women’s suffrage movement is being revisited, just as many other historical moments are being reexamined from fresh perspectives.

Join author and scholar Dr. Helen LaKelly Hunt as she shares the lost early history of the suffrage movement that most people don’t know about. The origin of American Feminism actually began more than a decade before the Seneca Falls Convention of 1848. Dr. Hunt’s research shows that the movement arose in tandem with the fierce abolitionist movement catalyzed by the spread of Women’s Anti-Slavery Societies. Dr. Hunt, along with friends and colleagues, will present this fascinating story and bring these brave, visionary women out of the shadows of history and into the light.

These 18th century women activists began a march on the streets toward racial and gender justice that is still ongoing today.

Suggested admission: $25; please donate as much as you can or as little as you can spare. 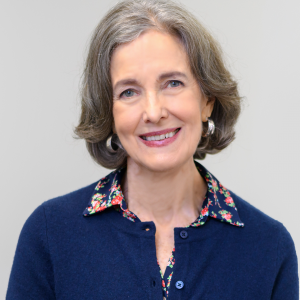 Helen LaKelly Hunt is one of a small army of women who helped seed the women’s funding movement. She co-founded the Texas Women’s Foundation, The New York Women’s Foundation, Women’s Funding Network and Women Moving Millions. Helen was inducted into the National Women’s Hall of Fame in 2001 and is the author of Faith and Feminism: A Holy Alliance. Her latest book, And the Spirit Moved Them: The Lost Radical History of America’s First Feminists, shares the inspiring story of the abolitionist feminists. In addition, in past decades, she has co-authored several books with her partner, Harville Hendrix, on Imago Therapy, which helps transform relationships. Helen and Harville have helped co-found Safe Conversations, LLC, a training institute that teaches safe conversations and summarizes the new science of relationships that can help anyone shift from conflict to connection. Their work echoes the vision of Dr. Carol Gilligan and other feminist psychologists who have asserted for decades the importance of a relational culture. Helen believes that the Safe Conversations process can contribute to what the global feminist community has longed for, a more relational world.