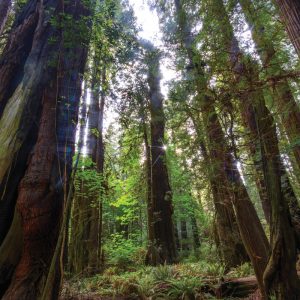 In the twenty-year history of the Dallas Institute’s venerable Breakfast and Lunch Book Groups, no single book has generated the intense, sustained interest of Richard Powers’ 2019 Pulitzer Prize-winning novel The Overstory, a majestic, 500-page narrative about trees in America. Members of the Book Groups have shared their copies, purchased new ones for friends and family, and continued the conversation in small, informal groups here and there. It is indeed a compelling “overstory,” along with just as compelling an “understory,” depicting the beauty, irreplaceable value (unsuspected by humans), and brilliance (yes, brilliance) of trees. The continued discussion of this important novel is open to everyone, with a few special guests possessing uncommon knowledge of trees joining us on the stage. If you’ve read The Overstory ten times or are about to start it for the first time, you’ll enjoy this conversation. 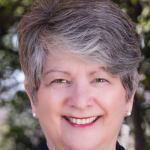 JANETTE MONEAR is President/CEO of the Texas Trees Foundation, devoted to creating resilient communities through the use of trees, green infrastructure, and sustainable design. 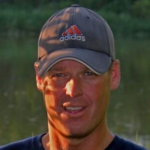 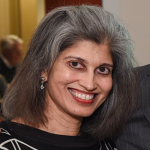 DR. JAINA SANGA writes fiction and has published a novel, two novellas, and a volume of her selected short stories. She is an Institute Fellow and an Institute Board member. 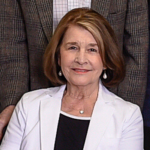 DR. GAIL THOMAS is a Founding Fellow of the Dallas Institute, its Founding Executive Director, and author of Healing Pandora: the Restoration of Hope and Abundance.