Keynote speaker Annette Gordon-Reed is the first African American to win the Pulitzer Prize for History and one of the most authoritative voices on race and history in America. 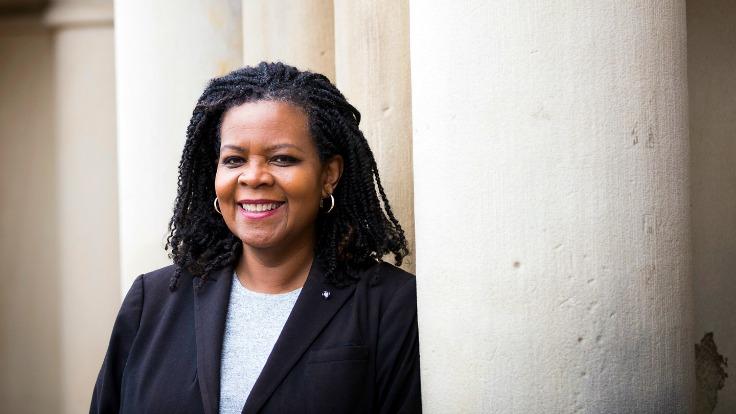 Annette Gordon-Reed is a Professor of History in the Faculty of Arts and Sciences at Harvard University, and the Charles Warren Professor of American Legal History at Harvard Law School. She is the award-winning author of six books, including The Hemingses of Monticello: An American Family, which won the Pulitzer Prize in history and the National Book Award for nonfiction—and fourteen other awards. It explores the inconsistencies of Jefferson’s stance on slavery and his relationship with enslaved woman Sally Hemings, and has been called “the best study of a slave family ever written” by noted Jefferson scholar Joseph Ellis.

Gordon-Reed is also the author of Thomas Jefferson and Sally Hemings: An American Controversy. It offers a rich examination of scholarly writing on the relationships between Thomas Jefferson and Sally Hemings, and exposes the possibility that scholars were misguided by their own biases and may even have contorted evidence to preserve their preexisting opinions of Jefferson. Her most recent book (with Peter S. Onuf) is “Most Blessed of the Patriarchs”: Thomas Jefferson and the Empire of the Imagination, presents a provocative character study of Jefferson, that challenges much of the scholarly status quo on his portrayal throughout history. Gordon-Reed’s upcoming title, “On Juneteenth,” is set to be released on May 4th of this year.

Her honors include the National Humanities Medal (awarded by President Barack Obama), a Guggenheim Fellowship, and a MacArthur Fellowship. Gordon-Reed was also elected a Fellow of the American Academy of Arts and Sciences, and is a member of the Academy’s Commission on the Humanities and Social Sciences. In 2019, she was elected a Member of the American Philosophical Society.

Joining her during a panel later in the event will be Drs. Sharron Wilkins Conrad, Donna McBride, and Kenton Rambsy. View their information here.