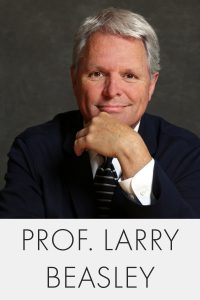 Prof. Larry Beasley, C.M., B.A., M.A., Hon. L.L.D., F.C.I.P., R.P.P. is the retired Chief Planner for the City of Vancouver.  He is now the founding principal of Beasley and Associates, an international planning and urban design consultancy and the “Distinguished Practice Professor of Planning” at the University of British Columbia.

After more than thirty years of civic service in which he led the initiatives to transform Vancouver’s inner city, especially on pivotal waterfront lands, as well as its neighbourhoods and took the lead role in development approvals, Mr. Beasley now teaches and advises on urbanism around the world.  He chairs the ‘National Advisory Committee on Planning, Design and Realty’ of Ottawa’s National Capital Commission; he is Senior Advisor on Urban Design in Dallas, Texas; and he is a member of the International Economic Development Advisory Board of Rotterdam in The Netherlands.    He continues his long service as the Special Advisor on City Planning to the government of Abu Dhabi in the United Arab Emirates where he founded the planning agency and led the design of a new national capital.  For several years, he was vice-president of a major Canadian development company, Aquilini Development, managing projects across the country.  Recent work includes: completion of an award-winning plan for the expansion of Moscow in Russia, including the design of a new national government precinct; completion of an influential strategic organizational plan for the Toronto Planning Department; and, curation of an international competition in Dallas for the integration of downtown and the Trinity River across a massive freeway belt.

Mr. Beasley is a Member of the Order of Canada, his country’s highest civilian honour for lifetime achievement.  In recognition of his national service, he has also received the Queen Elizabeth II Diamond Jubilee Medal.